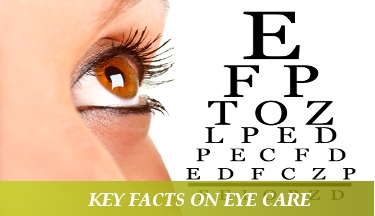 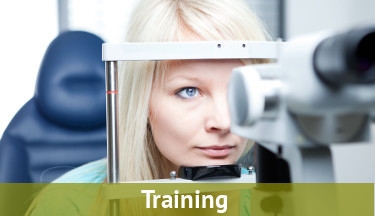 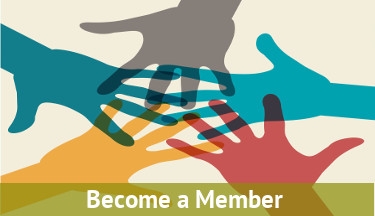 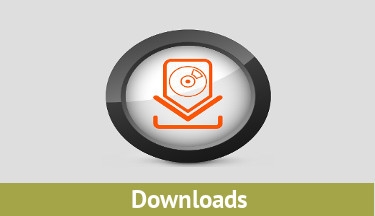 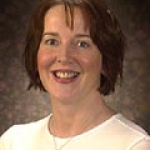 Latest Message & Information from the Chairman

This is my second AGM as Chair of Optometry Northern Ireland so now I am over halfway through my tenure.

The past year has seen some changes to our committee as we have said goodbye to some and welcomed others on board.  Moyra McClure has stood as the Ulster University representative for four years and ONI treasurer from June 2013 to June 2017 when she took the decision to step down.  Moyra’s measured approach was key in both her roles as committee member and later as treasurer.  She worked tirelessly alongside the NIOS to achieve a financial agreement between the organisations and spent much time in office exploring appropriate investment opportunities for ONI.  Dr Sara McCullough has been the College of Optometrists Northern Ireland representative on ONI since December 2014 and made the decision to resign from the College role earlier this year, hence relinquishing her place on committee.  Sara has made valuable contribution at committee level and has facilitated communication between ONI and the College of Optometrists.  Rachel Scott has been an elected member of our committee for five years and has also taken the decision to leave at this time.    Rachel has been an invaluable member of the committee in general and a key player within the Marketing and Communications team taking on the lead role in our 2015 and 2017 advertising campaigns. I would like to take this opportunity to say a huge thank you to these three individuals and wish them every success as they progress with their careers.  I would also say to them that our door is always open as we recognise the enormous contribution that they have provided over the past number of years.

Moving forward, I would like to extend a warm welcome to Lorcan Butler who has recently been elected as a council member of the College of Optometrists and has subsequently has agreed to represent the College on ONI.  Lorcan has been working with Vision Express in Bangor for the past 12 years and will have no difficulty getting up to speed as he previously sat on council as an elected member.   This leaves us with two vacant places, one of which according to the current constitution is required to be filled by election and we will hopefully achieve that in the later business this evening.  The remaining place will be filled by a representative from Ulster University.

Following on from this I would like to talk about the work of Optometry Northern over the past year.

This time last year I talked about how we had formed four sub-committees, namely: Stratgey and Policy; Education and Professional Development; Financial and Legal and Marketing and Communication.

Following inception of these working groups, the primary goal this year at Strategy and Policy sub-committee level was to produce a revamped constitution which could be considered fit for purpose.  This was something which initially appeared straightforward but once exploration of the current document began it opened up questions at every point, some of which are still not wholly resolved.  However, I am pleased to report that we are almost there, in fact at one point I thought we would have completed in time for this AGM but unfortunately not.  We are now at the consultation stage with the various relevant bodies and once this is complete we will look to yourselves for affirmation.  This will require an EGM but we will keep you posted on this.

Effort continues with engaging practices to sign up to the levy. Committee members have each been allocated a number of practices to target and have had variable amounts of success.  This work is frustrated by possible inaccurate BSO data but we are communicating with the BSO and the ophthalmic committee on this and hope to get resolution soon.

During the last year we have opened up communication between ourselves and the Ophthalmic committee in order to better understand what our functions are as committees and to support each other in the work that we do.  I would like to take this opportunity to thank Mr Martin Holley for his recent work with ONI within his role as Chair of the Ophthalmic committee and to wish him a long and enjoyable retirement.   Moving forward ONI would hope to continue a good working relationship with the Ophthalmic Committee and when appointed, the new Chair.

October 2017 saw the completion of the Developing Eyecare Partnerships 2012-2017.  This five-year project was set up with a view to improve commissioning and provision of eye care services in Northern Ireland.  One of the main aims of the project was to “contribute to the independence of adults and maintaining them well in the community, for as long as possible, by improving access to current Health and Social Care (HSC) treatment for acute and/or long-term eye conditions”.  Now that DEP has come to an end the legacy of this project is of interest to ONI as it can be the vehicle by which primary care optometrists are better utilised in Northern Ireland.  With this in mind, we were interested to hear that an independent body – the Regulation and Quality Improvement Authority (RQIA) had been asked to carry out a review of DEP in early 2017.  RQIA reviews aim to provide assurance to the public about the quality, safety and availability of health and social care services in Northern Ireland and their reviews also aim to encourage continuous improvements in health and social care services and ensure the rights of service users are safeguarded.  Some of you may be aware of this review as several practitioners were interviewed by RQIA personnel and also invited to take part in focus groups with the review panel.  The RQIA Review Panel comprised of health care professionals mainly based in other UK regions and with previous working knowledge of enhanced eye care services.  Several ONI council members including myself took part in the review and we were encouraged by the review panel’s endorsement of ONI’s work and their general support for primary care optometry in Northern Ireland.  We had hoped that this will provide us with leverage to move forward, but, frustratingly, the report from the review which was due to be published in September 2017 has not yet been produced.  However, I can say that from the final DEP report Raymond Curran has been able to take this forward with the Department to try and establish a Northern Ireland Eye Care Network.  ONI look forward to being a key player within this group.

Early this year the committee looked at how we could achieve more out of our monthly meetings as we recognised that the traditional ‘committee-style’ meeting often results in inertia.  I’m sure anyone who regularly sits on a committee recognises this problem. So, early in 2018 we held a meeting without agenda where the various sub-committees worked together and then reported back at the end of the evening.  This proved a useful exercise and one that we plan to repeat later in the year.

Clearly, the current political climate in Northern Ireland has not been conducive to engaging with our MLAs.  However, in early March 2018 we had a very useful meeting with Jim Shannon MP (Primarily as he is the current Chair of the All Party Parliamentary group on Eye Health and Visual Impairment and also one of the AOP’s Honorary Associates whose role is to represent member interests and raise the profile of optometry). At this meeting we discussed broadly who ONI are and what we do and more specifically the Uplift, Post-cataract care within primary care optometry and Northern Ireland PEARS.  From this discussion he asked us to write four separate communications clearing outlining any issues or concerns which he then communicated to the Permanent Secretary of the Department of Health, Richard Pengelly.  Now that this relationship has been established ONI hope to continue meeting and communicating with Jim in the future.
Alongside this, we also met with Mark Lee, Director of Primary Care at the Department of Health in March 2018.  This meeting gave Mark a clear picture of what we currently do and what are capable of in the future.  It also gave us an opportunity to provide positive feedback on recent key events within primary care optometry in Northern Ireland and also to voice our concerns. Following on from this meeting, Mark also fed back to Richard Pengelly.

We continue to engage with the NIOS formally through their representation on ONI and informally when necessary.  We also continue to meet regularly with the Raymond Curran and his team at the HSCB.   Our annual five nations meeting is always an interesting event and is a fantastic opportunity to learn from what’s happening in other regions.  Having attended these meetings for many years now and having more often than not felt more like an observer than a participant, I am pleased to say that Northern Ireland is now able to stand alongside the other UK nations with evidence of a change practice.

Over and above all of this, I, as Chair of ONI, have met with representatives from various professional bodies and attend various events on behalf of ONI.  We continue to provide response to various consultations throughout the year including the ongoing GOC Education Review.

This report is just a snapshot of the work that goes on throughout the year and we hope to continue the good work that has been ongoing.  Please contact us through our website with any feedback or issues you would like us to raise at committee.  I would like to take this opportunity to say thanks to the NIOS for their continued support and thanks to, you, the practitioner, for engaging in the new initiatives.

Finally, I would like to thank the council members and Sara for their hard work over the past twelve months.

Throughout the year we have several worthwhile events. See which suits you!

If you are an optician in Northern Ireland and wish to become part of optometry please use the form on this page.

URGENT ONI UPDATE … COVID-19 I had wanted to update you on all the recent work of ONI but unfortunately COVID-19 has taken over.  This is potentially the most difficult time we have ever faced in [...]